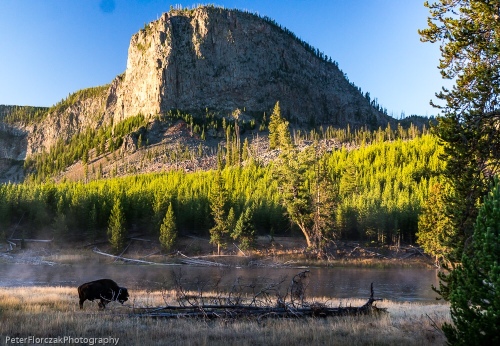 What a fabulous drive it is to go from Grand Tetons National to Yellowstone. It is only about a 2 hour drive, but with all of the scenic stops it is more like 4 hours.

West Yellowstone, which sits just outside the park, is a small sleepy touristy town with not much to offer except shopping and restaurants. That where the PSA photo conference is and where we are all camping. 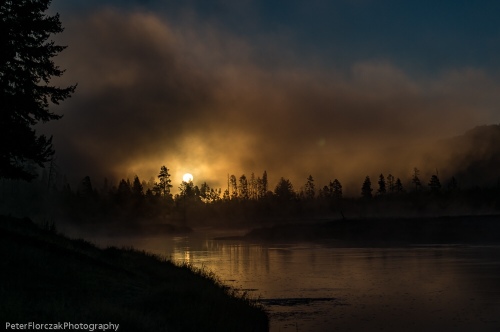 Dick, Jack and I took off on Monday morning before dark. It was very cold and there was steam rising from all of the streams and rivers which made for some great shots. At one of the places we stopped there was a very large buffalo that seemed to be posing just for us. That is until we figured out that he was moving so very slowly because he had been injured. We thanked him for letting us get so close and not killing us, and then we moved on. 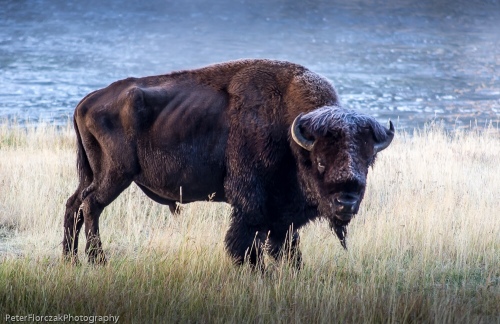 A little while longer we came upon a whole herd of elk. When one came running right at us we scattered snapping pictures while backing up..

From there we drove on until Dick yelled out, “Look, there is a bald eagle!” We got some terrific shots of him. When he left a Kingfisher took his spot. 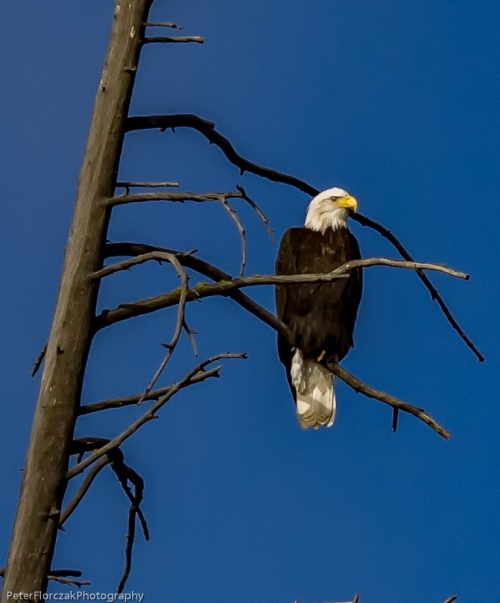 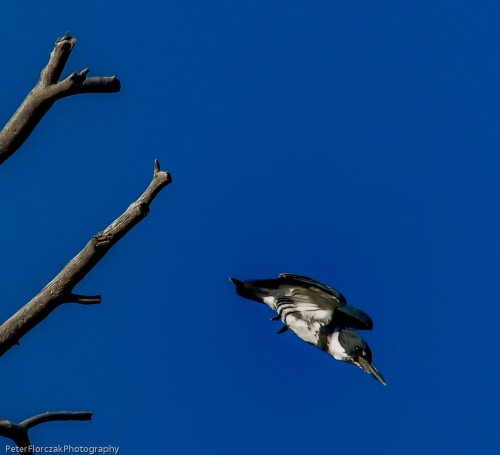 Later in the drive there was a huge traffic jam caused by a herd of Buffalo just taking its sweet time.

Exhausted we made our way home. What a great great first day!